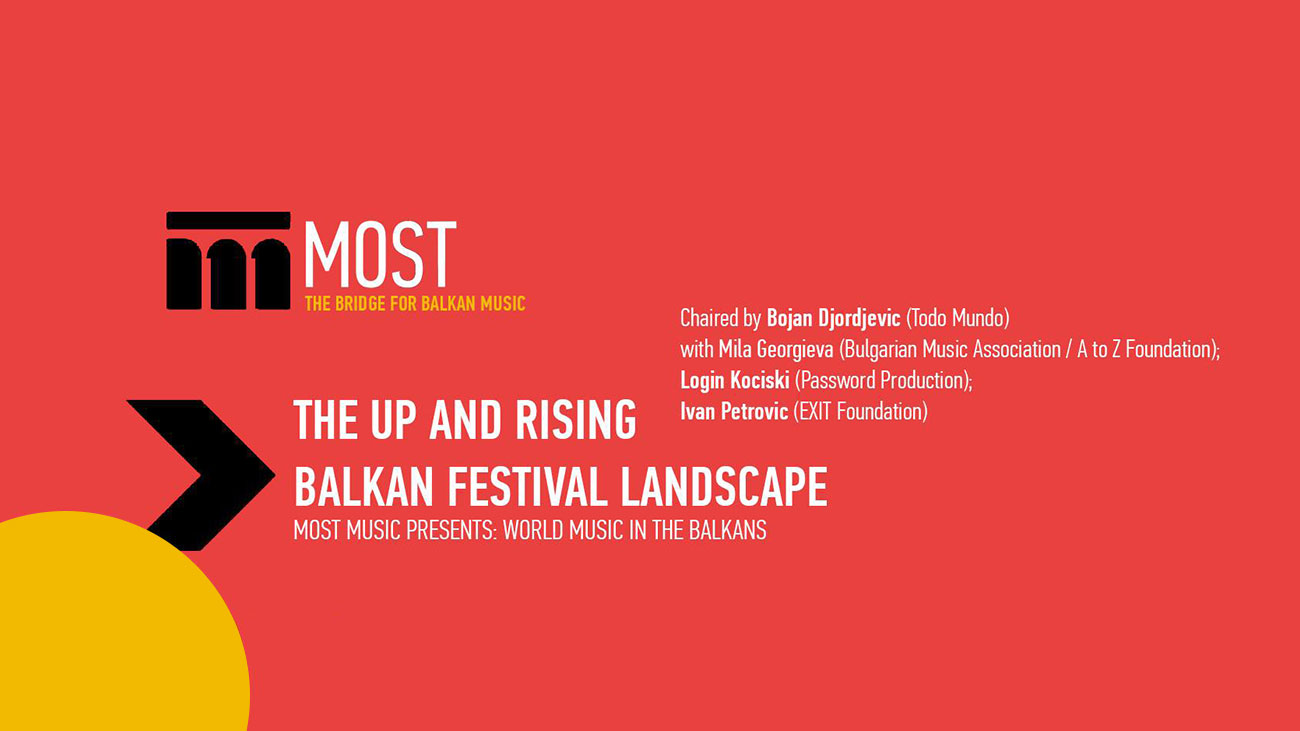 Through the “MOST“ project, the EXIT Foundation participated in the 27th edition of the prestigious world music conference WOMEX 2021 – Worldwide Music Expo 2021, held from 27th to 31st October in Porto.

On 29th October, the EXIT Foundation participated in the panel “The Up and Rising Balkan Festival Landscape,” featuring, in addition to the President of the Board of the EXIT Foundation Ivan Petrovic, a representative of the Bulgarian Music Association Mila Georgieva and a representative of the company Password Production and D Festival from North Macedonia Login Kocinski.

The panel was moderated by journalist and representative of the Todo Mundo world music festival Bojan Djordjevic, and Program Director of the “Most” project, Balázs Weyer. The panellists discussed Balkan festivals and their attractiveness, doing business during the pandemic, and the ups and downs faced by the festival industry. Apart from the panel, the EXIT Foundation also participated in numerous meetings and conferences.

As part of the festival showcase and offWOMEX programme, and within the “MOST” project, the Serbian band Naked was presented. As representatives of the world music scene of Serbia and winners of the international “MOST” competition, they performed on 30th October on one of the seven festival stages, thus presenting themselves to the audience at the world’s largest world music event.

To contribute to the development of the music industry in the Balkans and the promotion of local performers on the international market, the EXIT Foundation has joined the four-year “MOST” project as a partner. “MOST” brings together important players in the music industry in the area and, through four different competitions (for performers, festival organizers, music professionals and urban creatives), connects nine countries. The common goal of all nations is to present the Balkans as a fertile and creative musical ground and strengthen the music market of this area through support for world music and ethno contributors. (more info at mostmusic.eu)

At the next edition of the EXIT Festival, within the “MOST” project, a conference will take place including 100 delegates from countries around the world, as well as a showcase which will present about 15 productions whose selection will be based on applications received during the last two public calls for artists.

WOMEX – Worldwide Music Expo is one of the largest world music conferences, which includes a fair, forums, films and concerts. More than 2,600 professionals from 102 countries participated in this year’s edition. Two hundred ninety performers were featured on more than 60 showcases on seven different stages. Twenty-four music documentaries were screened, and 110 speakers and mentors participated in conference sessions, while 620 companies exhibited their products and services at at 200 fair’s stands.

The next edition of this prestigious conference will take place from 19th to 23rd October next year in Lisbon.