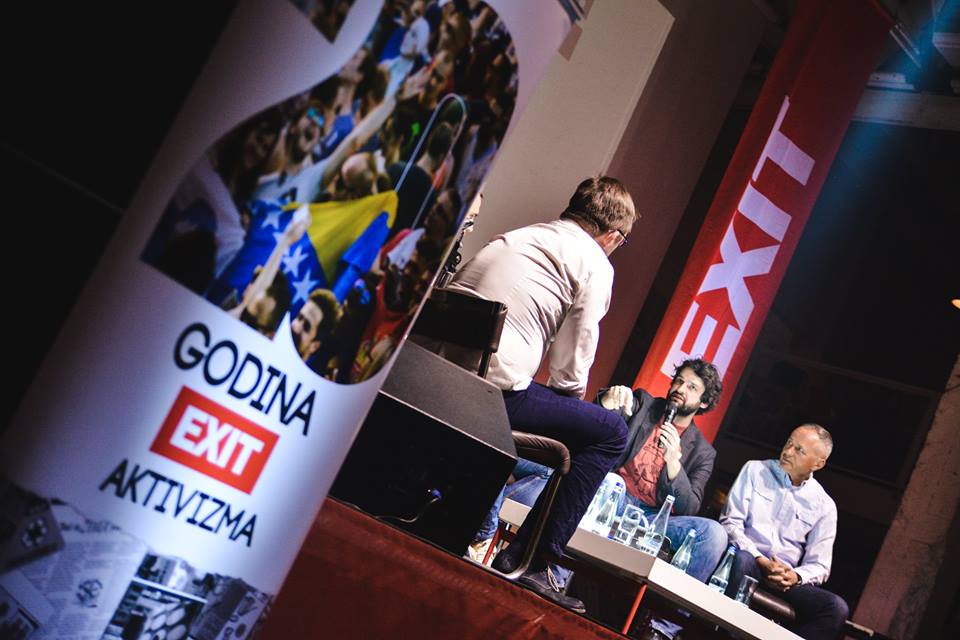 In response to the growing national tensions in the region, on the initiative of the EXIT team, an informal group of prominent artists and public figures from Serbia, Croatia and Bosnia and Herzegovina has drawn up an open letter to the public.

The signatories to the text on behalf of the Silent Balkan Majority were directors Oliver Frljić and Kokan Mladenović, actors Zoran Cvijanović, Sergej Trifunović, Nenad Okanovicć musicians Ida Prester (Lollobrigida), Dino Caran (LetuŠtuke), Nemanja KojiĆ (Hornsman Coyote), one of the founders of the Resistance and Visiting Lecturer at Harvard University, Srdjan Popović, EXIT founder Dušan Kovačević, Director of Novi Sad Student Cultural Centre, Zdravko Vulin, playwright and founder of Mixer, Ivan Lalić, journalist and writer Branko Rosić, and numerous others, urging the public in the letter to openly oppose extreme nationalist rhetoric that has taken over the region, with increasing frequency of fascist and ultra-right slogans.