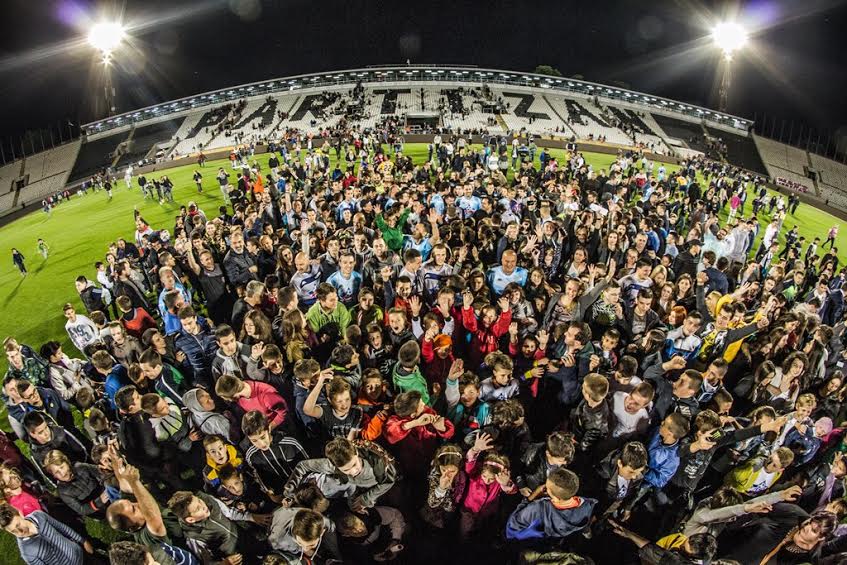 At the Aces for Children match held in May 2016 at the Partizan Stadium in Belgrade, organized by the EXIT Foundation and NURDOR, with the support of FC Partizan, TV Prva and numerous other organizations and individuals, the biggest football names, coaches Radomir Antić and Bora Milutinović, together with Stanković, Mijatović, Žigić, Jovanović, Kežman, King, Delibašić, Ilić and many other aces, delivered a lesson primarily in humanity, playing together for the same purpose – raising funds for the construction of a Niš clinical ward for children with cancer. That Serbia did not forget to unite when it was most needed was shown by the broadcast of the “Match of Life” on TV Prva, which was the most watched TV program in Serbia that evening. Over 14.5 million dinars were raised at this match, while the Foundation’s fundraising activities for the construction of a paediatric haemato-oncology ward in Niš continue today.

The next humanitarian football match was played in Užice in April 2017 under the slogan “Aces of Western Serbia for Children”. The teams consisted of numerous prominent football players, led by coaches Milovan Rajevac and Radovan Ćurčić, and the funds raised were intended for the Užice Center for artificial and in vitro fertilisation.