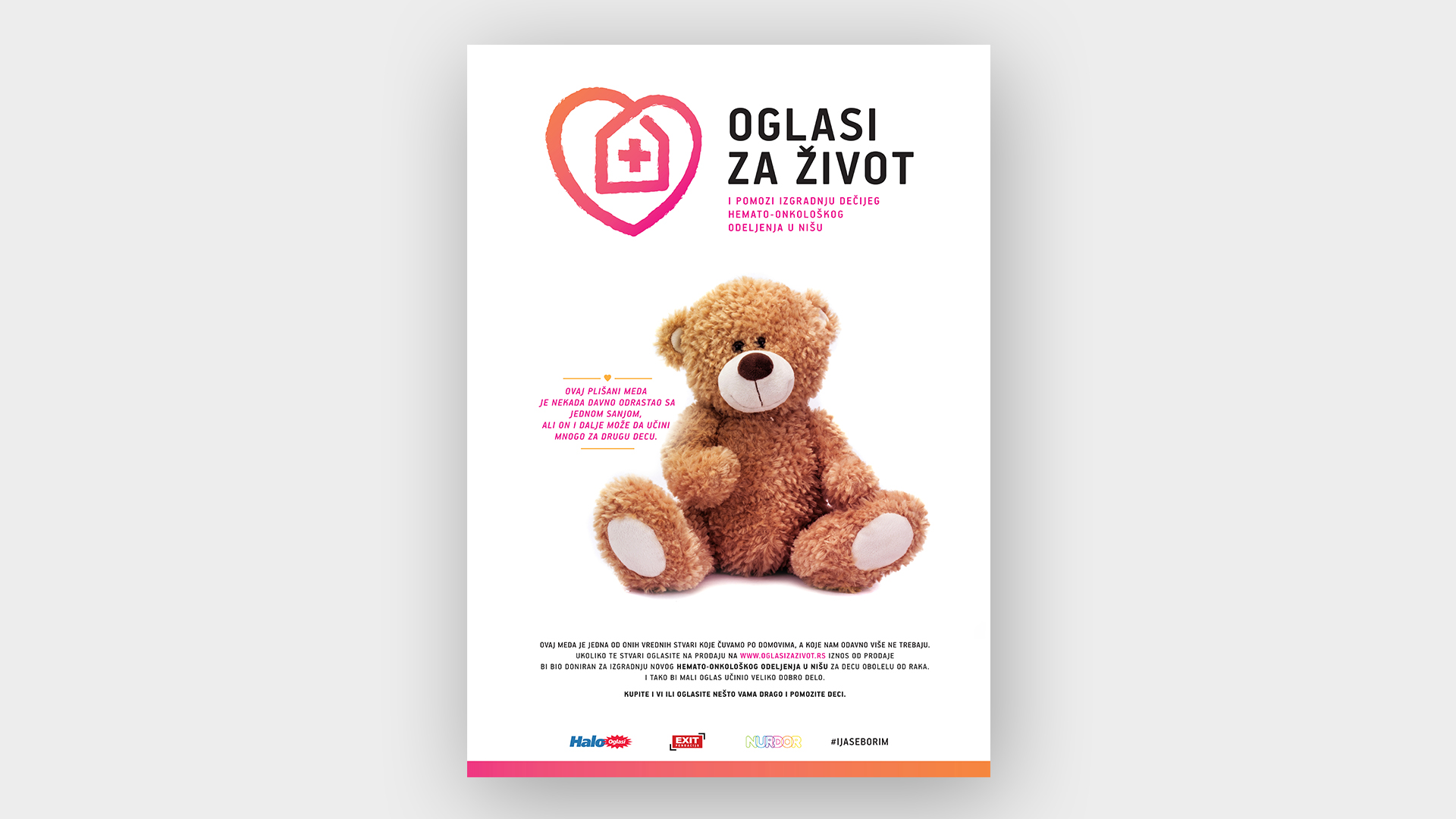 Following the successful charity match “Aces for Children”, which raised € 120,000 for the construction of a hospital wing for children with cancer in Niš, NURDOR, Halo oglasi and EXIT Foundation launched a unique charity campaign “Ads for Life” with the aim to finalise this capital project.

The idea is to sell and buy used and new things on a separate page of Halo oglasi www.oglasizazivot.rs and that all the proceeds go towards the construction of a new wing of the Children’s Oncology Hospital in Niš. The importance of the action was also recognised by celebrities – Dr Nele Karajlić, Nikola Kojo, Mirjana Karanović, Jovana Brakočević, Slobodan Šarenac, Slavko Beleslin, Nataša Miljković, Marčelo, Disciplina Kičme, Bad Copy, SARS, Dubioza Kolektiv, Brkovi and many others, were selling personal belongings that were of sentimental value to them.