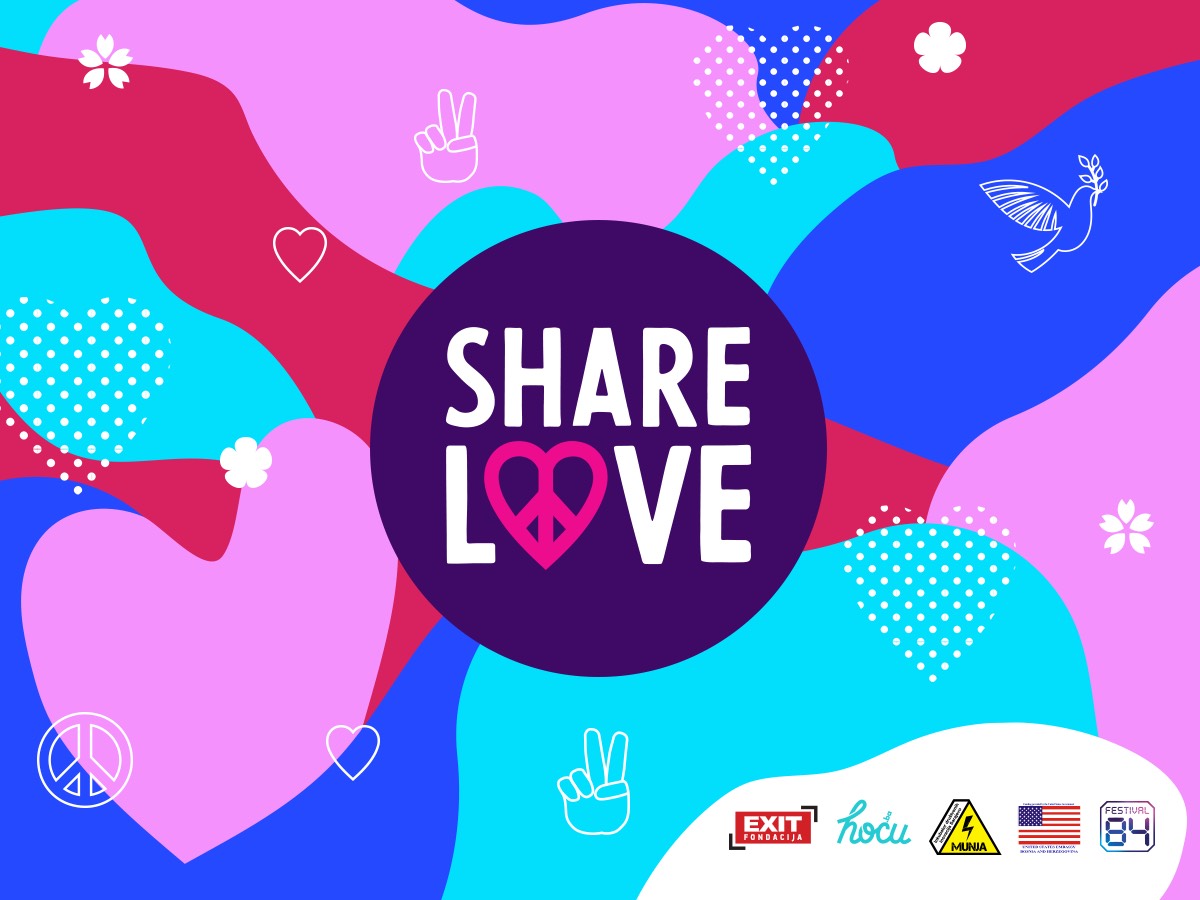 The great regional social campaign #ShareLove has been launched with the aim that the original examples of spreading positive energy and tolerance become part of our daily lives, which will in turn, strengthen and improve good neighbourly relations in the Region. The action was launched on the social networks of all events from EXIT Festival Family in Bosnia and Herzegovina, Montenegro, Croatia and Serbia, where people were invited to share positive messages or action examples on their online accounts.

The best and the most authentic Instagram and Facebook posts that have called for tolerance, love and respect for people in the region, and contained the must-have hashtags #sharelove and #tihabalkanskavecina, have been awarded tickets for EXIT, SeaDance and Sea Star festivals. The messages collected from the social networks were sent directly from the stages to the EXIT Festival and its other editions throughout the Region. The initiators of this action were the EXIT Foundation from Novi Sad, in cooperation with the “Munja Incubator of Social Innovations” from Sarajevo, the most visited info platform for youth empowerment, hocu.ba and Festival 84. The #ShareLove action was supported by the USA Embassy in Bosnia and Herzegovina