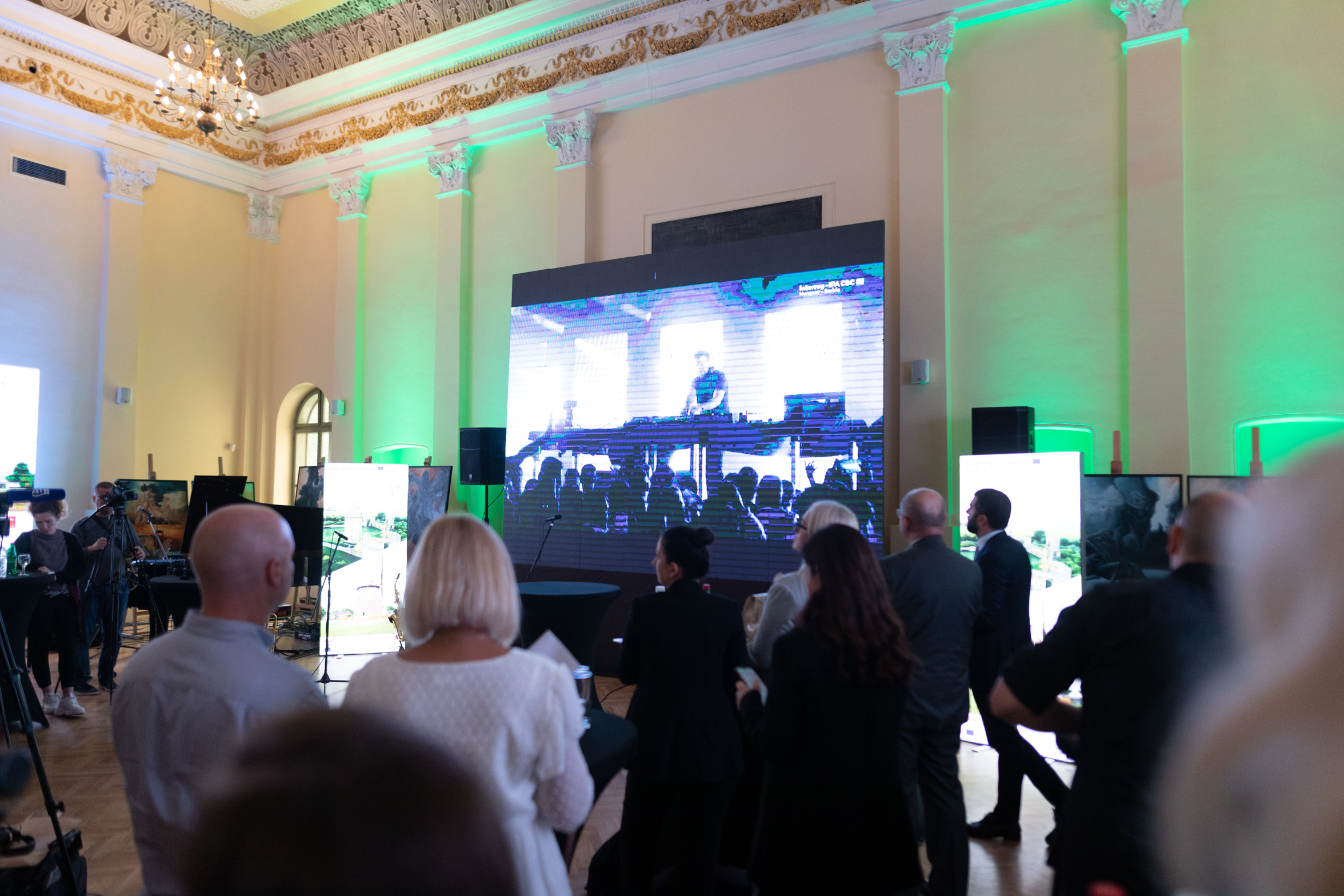 The results of the “Incredible Destinations Events” project, implemented by the EXIT Foundation and the Opusztaszer National Heritage Park, were presented today at the Egyseg Cultural Station in Novi Sad.

The project’s objective was the promotion of cultural heritage and beautiful tourist destinations in the border region between Hungary and Serbia. It lasted from February last year until the end of September this year, supported by the Interreg-IPA Cross-border Cooperation Programme Hungary-Serbia. At the final event, clips from the special programme “Mirna Bačka“(Peace in Backa) and the big “Sunset Picnic“ music event in Opusztaszer were broadcast.

Today’s event was opened by the President of the Assembly of Vojvodina, Ištvan Pastor, who emphasised the importance of cooperation between Hungary and Serbia and the partnership between the EXIT Foundation and the Opusztaszer National Heritage Park.

“The project’s goal is to create conditions where borders will no longer separate us. I think that this project is significant for this very reason. It was created to be a link, a connection, and a framework for long-term cooperation between the EXIT Foundation and the Opusztaszer National Heritage Park,” said Ištvan Pastor.

Mihajilo Dašić, Assistant Minister at the Ministry of European Integration, congratulated all involved on a successfully implemented project and the commitment to strengthening local communities and cross-border cooperation, announcing another Call for Proposals for cross-border cooperation projects in the region at the beginning of next year for the period of 2021 – 2027. The Director and Founder of EXIT Festival, Dušan Kovačević, also addressed the audience, expressing his gratitude to all participants and partners of the project.

“The project’s success is best represented in its numbers — the video content posted on social media, the IDE platform, and via the Mirna Bačka (Peace in Backa) programme currently has nearly eight million views. Thus, the project has grown into a platform for developing the area’s tourist, cultural, and creative potential,’ said Nježić.

The head of the museum of the Opusztaszer National Heritage Park, Gabor Turda, pointed out that creating new ways and platforms to attract more visitors is a massive advantage of the “Incredible Destinations Events” project.

“Some of Hungary’s natural and cultural beauty was presented in an entirely different light, via a large musical event where stars such as ATB and Topic performed,” said Turda.

The final event was hosted by musician, percussionist, presenter and actor Bojan Ivković. Aside from the phenomenal musical programme presented by Marko Louis, the audience had the chance to taste culinary specialities from Bač and Opusztaszer.

As a reminder, the “Incredible Destinations Events” project included the launch of the web platform incredibledestinations.events, which was used to broadcast all events from this project and others representing the beauty of incredible destinations. The project is designed to promote destinations with the help of famous international music stars, the creative industry, and innovative digital and video tools. The first in the series was the Bač Fortress, a beautiful medieval fort and the filming location of the special programme “Mirna Bačka“ (Peace in Backa), which hosted the well-respected regional musicians Lajko Felix, Marko Louis, Mile Kekin and Rambo Amadeus, and was presented by Bojan Ivković.

A cultural tourism tour was organised as part of the project from 13th to 19th June 2022, including a tour of attractions on the route from Novi Sad to Opusztaszer. During the course of a week, a group of young people from Serbia and Hungary visited the sights in Novi Sad, Sremski Karlovci, Bač, Sombor and Subotica, including a boat ride on the Danube, a screening of a special show in Bač, and a visit to the “Zvonko Bogdan“ winery. After crossing the border into Hungary, the programme became a tour of Szeged and Opusztaszer. The tour reached its peak on June 18th, with the main music event – SunSet Picnic, whose main stars were producers and hitmakers ATB and Topic, gathering more than 2,400 visitors. Recordings of the headliners’ performances premiered on August 12th, International Youth Day, and are available on EXIT Foundation’s YouTube channel and Facebook page and the IDE platform.

The Interreg-IPA Cross-border Cooperation Programme Hungary-Serbia is implemented within the 2014-2020 European Union financial framework under the Instrument for Pre-accession Assistance (IPA). On the basis of the “shared management system” of the participating countries – Hungary and Serbia, the Programme funds and supports cooperation projects of organisations based in the Programme-eligible area – Hungarian counties Csongrád and Bács-Kiskun, and Serbian territories: West Bačka, North Bačka, South Bačka, North Banat, Central Banat, South Banat and Srem district.

The Programme helps the development of a stable and co-operating region and the overall quality of life in the border region. It enables economic collaboration of organisations from the two countries, nurtures the common identity and cultural and historical heritage of the border region, and contributes to its environmental sustainability and safety. For more information, please visit: http://www.interreg-ipa-husrb.com/