At the EXIT Festival, a girl from Osijek wore a Serbian flag and a girl from Novi Sad a Croatian flag

Početna » News » At the EXIT Festival, a girl from Osijek wore a Serbian flag and a girl from Novi Sad a Croatian flag 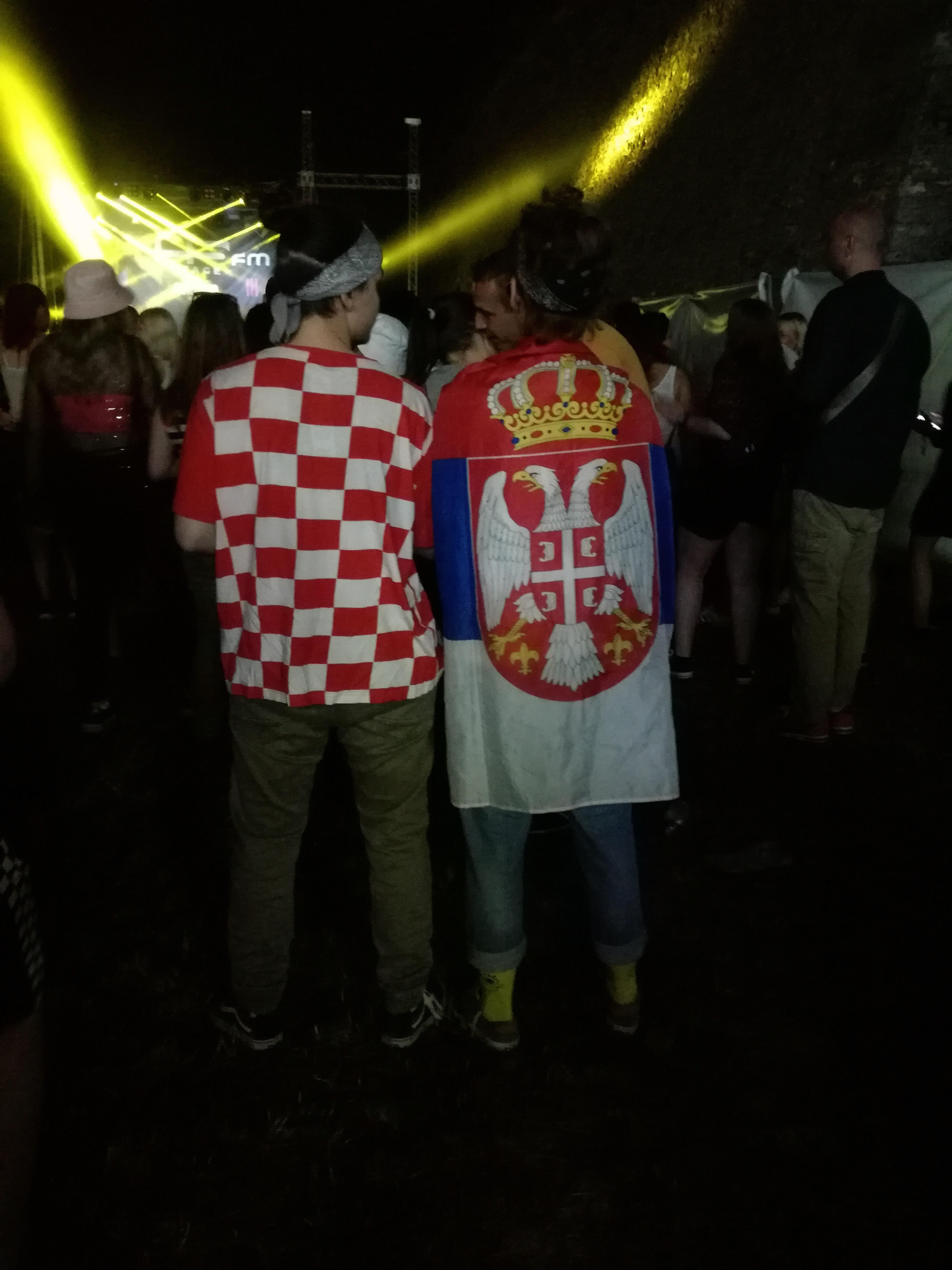 Joint photos of two girls dressed in the Croatian and Serbian flags at the EXIT Festival are a delight on social media. These two are Jelena from Novi Sad, who came dressed in the Croatian flag t-shirt, and Iris from Osijek, who chose the Serbian flag for her Festival outfit. They both received a series of applauses for this symbolic act wherever they appeared at the Petrovaradin Fortress, and it was EXIT Festival that launched a major regional action #SHARELOVE earlier this year, inspired by the brave act of Jura Zubčić from Zadar, who corrected the national hatred graffiti to an invitational inscription that calls for love of the neighbouring nation. EXIT’s remarkable social campaign aimed at spreading love, tolerance and maintaining good neighbourly relations, and it was these two girls who came to the festival dressed in the flags of the neighbouring countries who were inspired by it!

They attracted attention wherever they appeared, and, as Jelena explains, they came to this idea together: “Iris and I have the same attitude regarding these things, we love each other exactly because of who we are and we think that other people should treat one another in the same way. Does it matter at all who is from where, who loves who, it’s the person that matters, and especially we young people need to get rid of those shackles and boundaries.

Jelena also revealed that they had a great time at the festival: “This is the first festival for Iris, and she is delighted, also listening to her favourite band The Cure, this is my third EXIT and of course I’ve had more than excellent time, dawns with dear people at the Dance Arena and such a wonderful feeling cannot be described easily. In our circles one does not look at who is of which nationality, nor do we make any differences about anything! We want to send the message that we should finally look towards the future, not the past, and that we should make sure that nothing so horrible as war ever happens again because we are the same! We believe we should not condemn people based on any differences! Stop hate, let’s spread love! “, Says this sensible girl from Novi Sad.

Jelena and Iris received tickets from the EXIT organiser for the Sea Dance Festival, which will be held from 30 August to 01 September at Buljarica Beach in Budva, so that they can continue spreading love and tolerance throughout the region!